Zero Trust architecture is the modern way to ensure secure access to the enterprise. Fyde simplifies the path to Zero Trust for IT by improving control and visibility into secure access, and for the end-users, by providing security, simplicity, and productivity.

Fyde focuses on protecting sensitive data and systems by enforcing policies that rely on user and device attributes at the endpoint level. 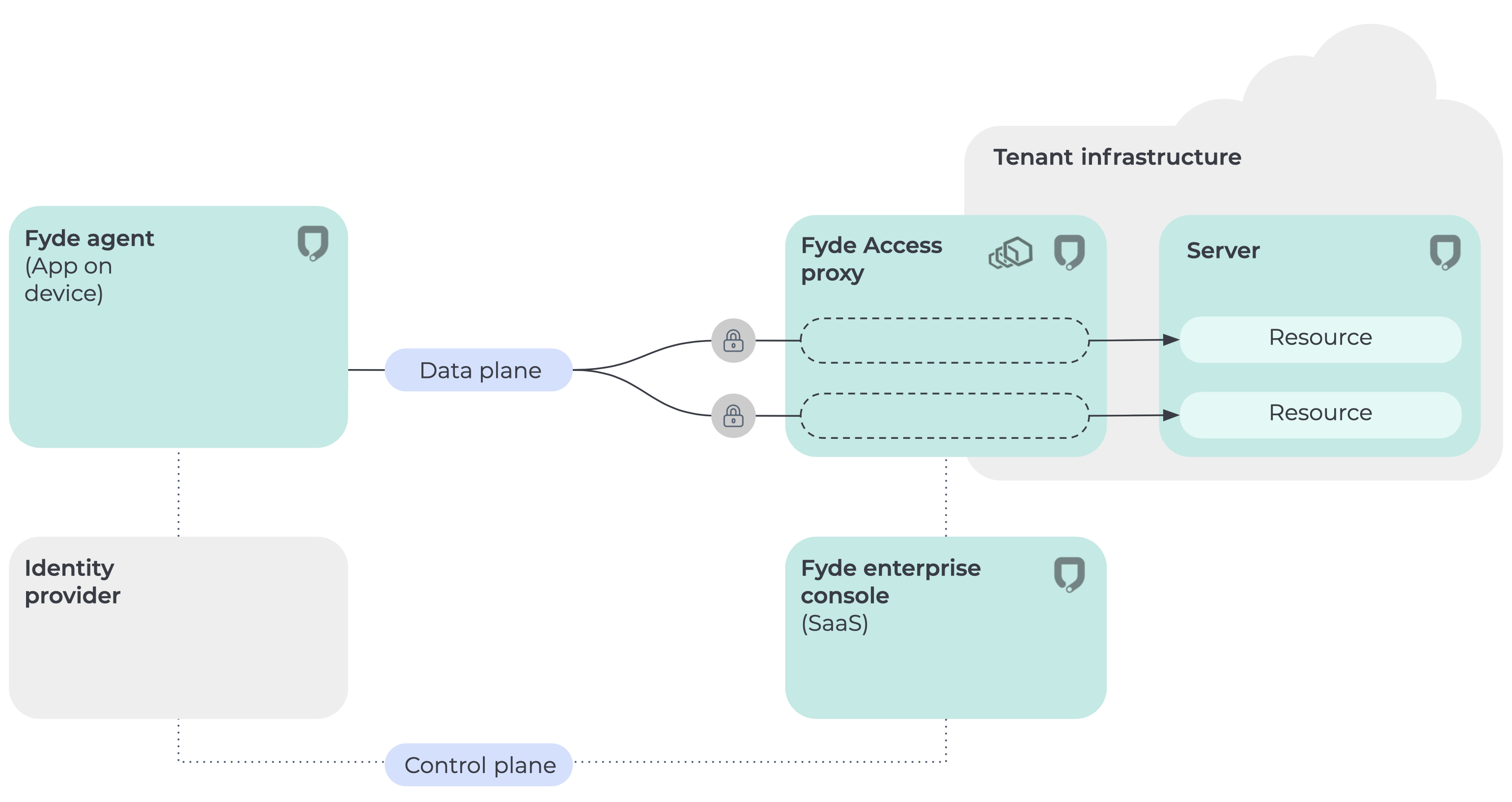 The Fyde app operates at the network layer. When a device starts a connection to a protected resource, the Fyde App intercepts it and opens an mTLS connection with the Fyde Access Proxy, sending the device and user attributes to Fyde Enterprise Console which evaluates the policy. The Fyde Enterprise Console will check the attributes and allow or deny the connection to the resource, based on admin-configured policies. Read more about Zero Trust architecture and components.

Fyde’s implementation abstracts from the network itself. All that we consider is a device (with an authenticated/identified user) and an end resource. In fact, unlike a VPN, you are not connecting to an end network, but rather to an end resource, via the Fyde Proxy. If you use a traditional VPN, the protection relies on the perimeter. Imagine that you have a protected application called VeryImportantApp that is available on the corporate network. To connect to the application, you first turn on your VPN, which routes your traffic to the corporate network; then, you connect to VeryImportantApp.

What happens if you are inside the corporate network? The answer is - the same. VeryImportantApp is no longer accessible without the proxy. In fact, if you turn off your Fyde app, your operating system will no longer be able to route to VeryImportantApp.

When a device enrolls in a tenant using Fyde, after the certification process, it receives a list of hashed protected resources from the Fyde API. This way, when a user wants to connect to a resource, the Fyde app knows that it should intercept communications to the resource; it will then request a resource access token from the API, which includes the proxy to connect to.

When you enroll a user on the Fyde console, Fyde generates an enrollment URL that includes a token that is valid only for enrollment. This URL can be sent via email or via any provisioning mechanism that the sysadmin decides to use. When a device is enrolled using this enrollment URL, first, we request the user identity and confirm it using the tenant Identity Provider; then, we generate a certificate that is unique to the device, which is stored in the device hardware secure enclave. This way, there is a strong identity connection between the device and the user, which is not present in other systems.

When the Fyde app starts a connection to a protected resource, then, the certificate device is used to authenticate it; furthermore, the device attributes are collected by the Fyde App, forming a JWT token which is sent to the Enterprise Console for policy validation. The Enterprise Console also uses the same device certificate to form a JWT token which is shared with the Fyde Proxy, if access is granted.

When a connection to a resource is denied, the Fyde app receives a list of attributes that are not compliant with the policy/policies configured for the resource, together with a list of steps that the user can perform to fix the issue.

For example, imagine that with one of the access policies you require users to enable a firewall on their devices. If a user doesn’t have a firewall enabled/turned on - Fyde will deny access to resource VeryImportantResource. Then, the app will receive a response from the API that includes the reason for the denied access and the step how to fix it: “enable firewall”, together with a URL that links to specific content that shows the user how to turn it on. 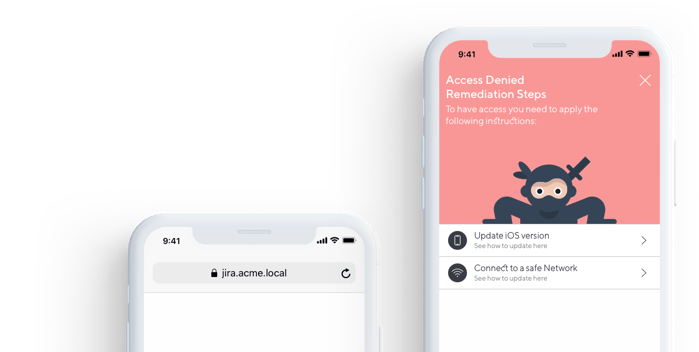 Access policy configuration is a very simple API that sets a list of supported policies for a resource in Fyde. One of the most interesting parts of the Fyde setup is that the Fyde app runs at the device level, and as such, can collect attribute details in order to enforce policies. 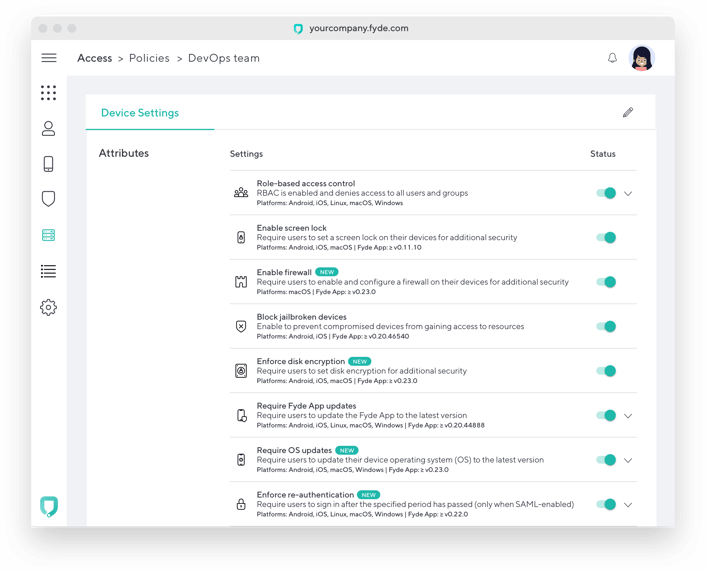 Setting up Fyde up is very simple. You deploy a proxy in front of resources you want to protect (as a rule of thumb, we deploy one proxy per network, but that depends on the configuration), and configure the resources on the Fyde Enterprise console.

To enroll the users and devices, Fyde has a certification-based mechanism that is completely seamless for the admin and only requires an email. MDM is not required. To set up most other solutions, you need complex VPN and network segmentation configurations.

Behind the scenes, we use Hashicorp Vault to handle certificate management and ElasticSearch for our data stream. But more important than the technologies we use is what we do with them. We developed an open-source Fyde cli in Go that wraps the Fyde API, has all the functionality of the Fyde Enterprise console and can be used for infrastructure as code setups, which allows you to automate not only your networking and deploys, but also your security!

Read more about the differences between Fyde vs VPN.

An inside look at Barracuda, Fyde, and Barracuda CloudGen Access

3 things that frustrate you about VPNs

Stay up to date with the latest marketing, sales, and service tips and news.